Optimizing the Procurement Auction for Public-private Partnerships In Highway Franchise 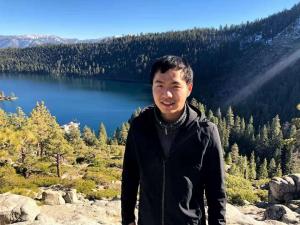 In the early period of the highway franchise, the government needs to select its private partner(s) and provides contracts for it (them). The government sometimes is not able to optimize welfare due to the information asymmetry on the cost. To address the issue, we characterize an optimal direct revelation mechanisms and derive a scoring function that allows for the implementation of the optimal mechanism as a first-score auction where bids consist of toll, capacity, and government payment levels. Based on the optimal mechanism, we propose a simple and nearly optimal demand pricing mechanism, where the only bidding information is the expected demand. In addition, we compared our proposed mechanisms with the common practices of procurement auction including (i) predetermined toll and capacity bidding, and (ii) auctions where the public welfare function is used to score bids. The result shows a significant expected welfare gain from the mechanism optimization.

Hang Shu is currently a Data Scientist in Google. Hang received his MA in Economics and Ph.D. in the Department of Civil and Environmental Engineering at Northwestern University in 2020 under the supervision of Professor Pablo Durango-Cohen. His research interests include transportation infrastructure franchise, highway pricing, and road network analysis. Hang Shu was born and raised in Anhui, China. Prior to joining Northwestern University, he received his bachelor's degree from Southeast University, Nanjing, China in 2014. This presentation is based on his recent publication: Shu, Hang, and Pablo L. Durango-Cohen. "On the design of optimal auctions for road concessions: Firm selection, government payments, toll and capacity schedules with imperfect information." Transportation Research Part B: Methodological 146 (2021): 210-236.