The Contradiction in Affordable Housing, Access to Opportunities and Sustainability 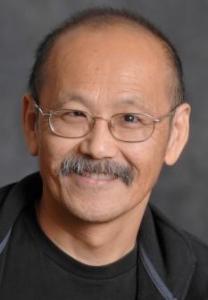 This study examines the spatial distribution of subsidized housing units to understand whether geographic patterns and trends are consistent with climate change and equity goals. The analysis compares the location of Housing Choice Voucher (Section 8) units available in 2012 to net changes from 2012-2019. The units of analysis are census tracts in California. The study focuses on two primary policy goals: transportation-environmental (as measured by vehicle miles traveled, pollution, and other transportation characteristics) and racial and economic equity (measured by levels of racial segregation, unemployment, and employment opportunity). The major finding is that changes in the supply of affordable housing create an inherent contradiction between achieving competing goals.

Professor Ong has done research on the labor market status of minorities and immigrants, displaced high-tech workers, work and spatial/transportation mismatch, and environmental justice. He is currently engaged in several projects, including an analysis of the relationship between sustainability and equity, the racial wealth gap, and the role of urban structures on the reproduction of inequality. Previous research projects have included studies of the impact of defense cuts on California’s once-dominant aerospace industry,
the impact of immigration on the employment status of young African Americans, and the influence of car ownership and subsidized housing on welfare usage.

Dr. Ong is the Director of the Center for Neighborhood Knowledge and editor of AAPI Nexus, and has served as an advisor to the U.S. Bureau of the Census, and to the California Department of Social Services and the state Department of Employment Development, as well as the Wellness Foundation and the South Coast Air Quality Management District.

He received a master’s in urban planning from the University of Washington, and a Ph.D. in Economics, University of California, Berkeley. Along with his quantitative research, his professional practice includes teaching and applying visual forms of communication.