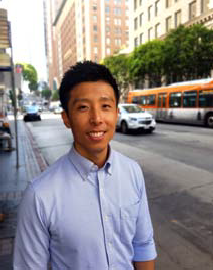 This dissertation proposes a set of coherent cognition-based paradigms to allow greater sensitivity and adaptability to emerging technologies and behavioral policies. These paradigms are derived from a cognition-based framework that explicates information source, medium, sensation, perception, and learning. The feasibility is demonstrated on an analytical example of multi-stakeholder decision processes and human-machine systems where the two types of entities can be incorporated with the same modeling scheme. This reduces the challenges in object-oriented programming in agent-based modeling practice, such as information intractability and data redundancy.
The first paradigm strictly models information as changes of uncertainty, which is applied in quantifying traveler information for the evaluation of dynamic message boards with various contents at various candidate locations near Downtown Los Angeles.

The second paradigm proposes to capture the prevailing and systemic bias in travel survey studies with a quantum logic. In a sense, this is a utilitarian extension to the quantum probability theory to resolve issues challenging for the classical probability theory. The paradigm is applied to quantify the inconsistency between the stated intentions and the reported preferences.

The third paradigm is developed for a utility-based decision model under risk around the proposed concept of Elastic Surprise. This concept makes feasible the differentiation between probability misperception and perceived uncertainty. It is shown that conventional methods on decision under risk such as Expected Utility Theory and Cumulative Prospect Theory are special cases. In addition, a specific form of Elastic Surprise under certain assumption on human's cognition leads to Shannon's information entropy and, hence, connects with the first paradigm. The method is tested in conjunction of the Cumulative Prospect Theory on travel time equivalency under risk in a survey study. The results show improvement in data fitting and cognition-wise result interpretability.

Finally, guided by the framework and the specificity of the paradigms are tested on a case study of multi-class multi-criteria dynamic traffic assignment where heterogeneous travelers' risk preference on travel time is explicitly modeled.