Peer-to-peer and collaborative consumption of supply in transportation systems 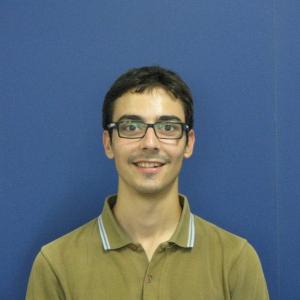 Transportation systems have been traditionally operated on a First-Come-First-Served (FCFS) fashion. FCFS consumption of supply naturally arises from supply being centralized by an infrastructure operator, without considering any individual-specific information from users. Thus, FCFS behaves as a status quo policy, generally considered as fair, since it is acknowledged that all users are treated equally. We know though, that there exists heterogeneity in users’ value of time and delay savings. Taking advantage of smartphones and connected vehicle environments, it is now possible to include this user heterogeneity into operations in order to increase overall system efficiency and fairness. I call this novel operational paradigm, collaborative consumption of transportation supply.

This seminar explores the idea of violating FCFS by allowing users to trade in real-time the part of supply they “own” while they participate into a transportation system. This de facto ownership emanates from the space-time region which each agent lawfully controls. This topic led me to introduce by the first time in transportation literature, the fundamental economic concept of envy-freeness as a behavioral paradigm. I also have expanded this concept to the domain of dynamic problems, which I call dynamic envy-freeness, and created a new envy-minimizing criteria family, which strongly fits into the existing axiomatic body of Welfare Economics.

Several applications of collaborative consumption are explored in this dissertation. First, I create PEXIC, Priced EXchanges in Intersection Control, in which users can pay other vehicles to reduce their delays in a fair manner. Second, Peer-to-peer (P2P) ride exchange in ridesharing systems, where trip property rights are transferred to users in such a way that they can trade their rides between each other. Third, I have studied a new operational policy in highway control: queue-jumping operations, where vehicles can jump a queue by paying the overtaken vehicles such that the resulting queue is fair and stable. Fourth, I have modelled a P2P ridesharing system as a truthful dual-role market exchange economy, which guarantees a ride-back. Finally, I present how collaborative consumption will be extended to urban systems.