MODIFIED CELL TRANSMISSION MODEL FOR BOUNDED ACCELERATION AND ITS IMPACTS 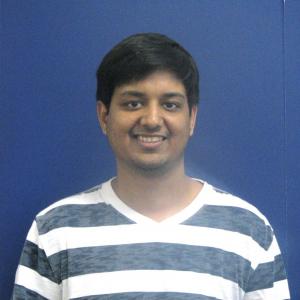 Modeling capacity is an integral component towards traffic engineering objectives such as design of control strategies and evaluation of roadway improvement projects. Traffic dynamics at bottlenecks, both on freeways and on arterial networks, influenced by bounded acceleration and lane-changing, affect the capacity in intriguing ways. This research attempts to capture these impacts of the bounded acceleration behavior along with its interplay with lane-changing by constructing a modeling framework that accurately models traffic dynamics at bottlenecks.

First a modified Cell Transmission Model (CTM) is proposed, by substituting the traditionally constant demand function with a linearly decreasing function for congested traffic. Analytically the new model is shown to reproduce observed features in the discharge flow-rate and headway at signalized intersections. Calibration with headway observations further suggests that the model can reasonably capture all traffic queue discharge features. The solutions to the Riemann problem demonstrate that the modified CTM produces realistic results.

As a next step, the demand function is further modified by integrating macroscopic lane-changing effects on capacity, and a corresponding CTM, termed LCBA-CTM, is developed. The Lane Changing Bounded Acceleration CTM (LCBA-CTM) is shown to realistically model the capacity drop phenomenon and predict its magnitude at active freeway lane-drop bottlenecks in stationary states. Constant loading problems are analytically solved to reveal the onset and offset processes of capacity drop.
An addition to the framework connects microscopic acceleration profiles of vehicles to modified demand functions. This completes the framework presented by offering a mechanism to start with any acceleration model.

This dissertation offers a systematic approach to incorporating bounded acceleration and lane-changing into the CTM demand functions. Such an approach is shown to capture important static and dynamic features at critical bottlenecks, including lost time and queue discharge features at signalized intersections, and capacity drop magnitude and the onset and offset of capacity drop at active freeway bottlenecks. Due to its ability to model impacts of bounded acceleration and lane-changing on macroscopic traffic statics and dynamics, this new model can be applied to design and evaluate new control and management strategies.

Decarbonizing California Transportation by 2045
April 21, 2021
Andre Tok and Michael Hyland have been nominated to TRB committees
April 14, 2021
Navjyoth Sarma JS and Jiarui Tao both have received the Gordon Hein award
January 28, 2021
ITS Irvine at TRB 2021
January 15, 2021
ITS Irvine student and researcher won the third Place in COVID-19 Grand Challenge hosted by C3.ai
December 08, 2020