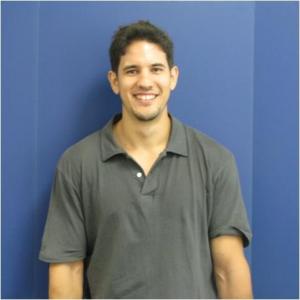 A large and growing body of literature associates proximity to major roadways with increased risk of many negative health outcomes and suggests that exposure to fine particulate matter may be a substantial factor. Directly emitted and non-reactive mobile source air pollutants such as directly emitted fine particulate matter can form large spatial concentration gradients along major roadways, in addition to causing significantly large temporal and seasonal variation in air pollutant concentrations within urban areas. Current modeling and regulatory approaches for minimizing exposure have limited spatial resolution and do not fully exploit the available data.

The objective is to establish a methodology for quantifying fine particulate matter concentration gradients due to mobile source pollutants and to estimate the resulting population exposure at a regional scale. A novel air dispersion modeling framework is proposed using EPA’s AERMOD with data from a regional travel demand model that can produce a high resolution concentration surface for a considerably large metropolitan area; in our case, Los Angeles County, California. We find that PM2.5 concentrations are highest and most widespread during the morning and evening commutes, particularly during the winter months. This is likely caused by a combination of stable atmospheric conditions during the early morning and after sunset in the evening and higher traffic volumes during the morning and evening commutes. During the midday hours concentrations are at their lowest even though traffic volumes are still much higher than during the evening. This is likely the result of heating during the day time which leads to unstable atmospheric conditions that cause more vertical mixing and lateral dispersion, reducing ground level PM2.5 concentrations by transport and dilution. With respect to roadway centerlines, PM2.5 concentrations drop off quickly, reaching relatively low concentrations between 150m to 200m from the center line of high volume roads. However, during stable atmospheric conditions (e.g., nighttime & winter season) concentrations remain elevated at distances up to 1,000m from roadway centerlines.

We will demonstrate the feasibility of our methodology and how integrating the dispersion modeling framework into the travel demand modeling process routinely performed when developing and analyzing regional transportation improvement initiatives can lead to more environmentally and financially sustainable transportation plans. Regional strategies that minimize exposure, rather than inventories, could be established, environmental justice concerns are easily identified, and projects likely to cause local pollution “hotspots” can be proactively screened out, saving time and money for the transportation agency.