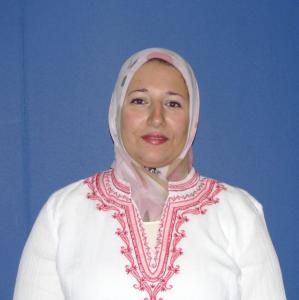 The introduction of Senate Bill (SB 375) in 2008 stimulated more research linking travel behavior to the built environment. Smart growth tools mandated by this bill aim to reduce vehicle miles traveled (VMT), greenhouse gas (GhG) emissions and promote alternative modes to motorized travel. These tools encompass an array of land use improvements that are expected to influence active travel. Potential changes in the built environment may impact the frequency, amount and even the selection of routes for walking.

Data used in this dissertation was obtained from Phase I of the Expo Study, a three-phase travel survey of residents living near the Expo Light Rail Line in Los Angeles, CA. Respondents carried GPS devices and accelerometers to track locations and activity levels; and completed seven-day trip logs. Phase I of the survey was administered in Fall 2011, prior to the introduction of the Expo Line in April 2012.

This dissertation is comprised of three essays. The first essay uses a “place-oriented” approach to examine where active travel occurs in neighborhoods adjacent to the Expo Light Rail Line. This essay is based on the Behavioral Model of Environments, which emphasizes the influence of the physical environment on individuals’ travel behavior and route choices. Results indicate that the routes selected by pedestrians have higher densities of commercial and retail centers and better access to more transit stations.

The second essay uses an ecological modeling approach. Multilevel analysis of the effects of the built environment on active transport was performed in three geographic levels of aggregation near respondents’ homes. Examination of land uses at the half-mile extent yield the least number of significant results. In contrast, land uses examined at the 100-meter and half-mile distance from homes emphasize the importance of street connectivity and green space on increasing transport-related physical activity (TPA). This suggests the importance of analyzing the data at finer geographic levels.

The third essay proposes a practical methodology of pedestrian route analysis in which observed GPS-tracked routes were examined and compared to GIS-simulated shortest paths. The two route types were compared over deviations in trip-level travel indices, respondents’ socio-demographic traits, time of day variations and differences in objectively measured built environment features along both sets of routes. Results suggest that observed routes diverged more from shortest paths with increasing distance and were more circuitous beyond the 2.4-mile threshold. Most walks were completed after the AM Off Peak time. With the exception of the Evening time, observed routes were found to be much longer in all time periods especially in the AM Peak time. Moreover, higher densities of commercial centers, local businesses and green spaces were observed for GPS-tracked routes than shortest paths. These routes also had more street intersections and transit stops. Overall, results imply that pedestrians selected routes that were longer than the respective shortest paths and that may have been due to greater access to amenities and activity centers.

Decarbonizing California Transportation by 2045
April 21, 2021
Andre Tok and Michael Hyland have been nominated to TRB committees
April 14, 2021
Navjyoth Sarma JS and Jiarui Tao both have received the Gordon Hein award
January 28, 2021
ITS Irvine at TRB 2021
January 15, 2021
ITS Irvine student and researcher won the third Place in COVID-19 Grand Challenge hosted by C3.ai
December 08, 2020